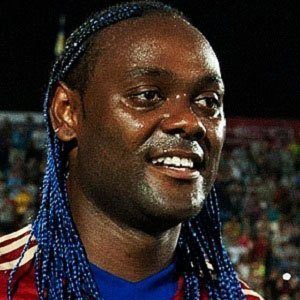 Striker who led the Brazilian squad to the Copa America championship in 2004 and 2007. He became a star while playing for CSKA Moscow, where he won the Sport-Express '​s Russian Footballer of the Year award in 2008.

He was born in Rio de Janeiro, Brazil and began his youth career with Palmeiras.

He won the 2007 Copa America with the help of Brazilian defender Gilberto Silva.

Vagner Love Is A Member Of