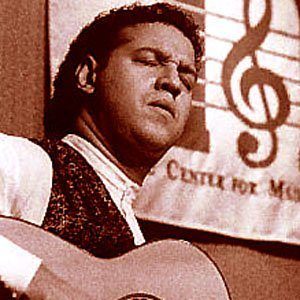 New York-born guitarist who was at the forefront of Nuevo Flamenco music.

He began studying flamenco style guitar at the age of fourteen. He attended Yale University and graduated from the Ezra Stiles College there.

He has released albums like Boricuas Flamencos and Olive Green Eyes.

His parents are from Puerto Rico and he was born and raised in New York City.

He performed with the late singer Celia Cruz.

Val Ramos Is A Member Of