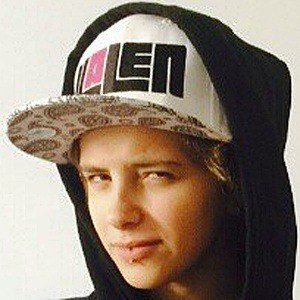 Argentinian singer who went viral with her spot-on impersonation of American pop superstar Justin Bieber. She has since become a popular musician in her own right, releasing successful singles like 2014's "Todo Estaba Bien."

She originally gained popularity as a skateboarder before transitioning to singing.

She performed the Sin Bandera song "Te Vi Venir" on the show Dos Al Exito in 2014.

She has dated Milagros "Nemo" Gonzalez.

She has posed for pictures with YouTuber Gonzalo Goette on Instagram.

Valen Etchegoyen Is A Member Of