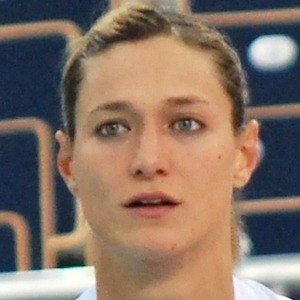 Italian international middle blocker who won a European Championship with her country in 2009. She also won a World Grand Champions Cup that same year and an FIVB World Cup in 2011.

She started her domestic career with Club Italia in 2000.

She won the 2009 and 2010 CEV Champions League titles with Volley Bergamo. She has more than 30,000 followers on Instagram.

She grew up in Genoa, Italy.

She's played with Serena Ortolani on the Italian national team.

Valentina Arrighetti Is A Member Of