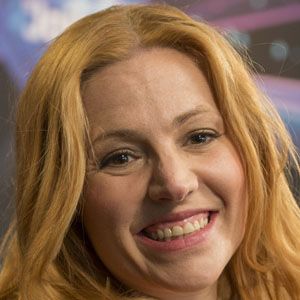 Pop singer who represented San Marino at the Eurovision Song contest in 2012, 2103 and 2014. Her best known songs are "Crisalide (Vola)" and "The Social Network Song (Oh Oh-Uh-Oh-Oh)."

She sang on the reality singing competition Popstars in 2001.

She became the first singer to represent her home country in three straight Eurovisions since 1966.

Her father is Italian and her mother is Sammarinese.

She finished behind contest winner Conchita Wurst at the 2014 Eurovision Song Contest.

Valentina Monetta Is A Member Of