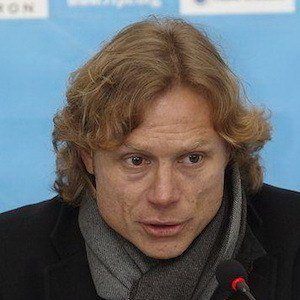 He started working as analyst with Match TV in 2016. He was appointed editor-in-chief of football broadcasts for the channel in February 2017. He has 170,000 followers on his vgkarpin Instagram account.

He married Daria Gordeeva in 2017.

He and Ragnar Klavan are both soccer players from Estonia.

Valeri Karpin Is A Member Of