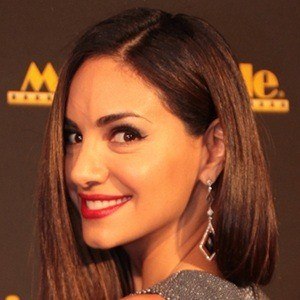 Movie actress who won Miss Colombia in 2005. She represented her country at Miss Universe in 2006. She has more than 2.8 million followers on her valeriedomi Instagram account.

She worked as a fashion and jewelry designer in Milan.

Her cousin Adriana Tarud was Miss Colombia the year before her. She appeared in the telenovela El Ultimo Matrimonio Feliz.

Her parents are Alberto José Domínguez and María Lourdes Tarud de Domínguez. She is first cousins with singer Shakira.

She and Ariadna Gutiérrez both won Miss Colombia.

Valerie Domínguez Is A Member Of