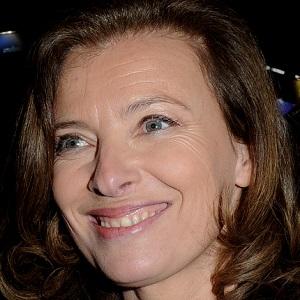 French journalist most famous for having dated French President Francois Hollande from 2007 to 2014. She has written for publications like Paris Match and hosted the political shows Le Grand 8 and Politiquement Parlant.

She earned a degree in Political Science from the University of Paris 1 Pantheon-Sorbonne.

Her relationship with the President of France was detailed in the best-selling 2014 memoir Thank You For This Moment.

Her first marriage was to Franck Thurieau. She was later married to magazine writer and editor Denis Trierweile, with whom she had three children, from 2007 to 2010.

She admitted to starting her relationship with President Francois Hollande while still married to her second husband.

Valerie Trierweiler Is A Member Of