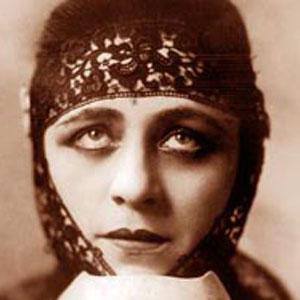 One of the silent film era's vamps, she became a fashion star by wearing glamorous gowns.

She started acting on the vaudeville stage in Chicago. Her risque material, however, was deemed too suggestive and she was shut down.

At the height of her popularity she starred in dozens of silent films, wrote a popular skin care column, and appeared on the cover of Vogue magazine.

She was marred twice and both of her husbands were actors.

Nita Naldi, born a few years after she was, became a competing early movie vamp.

Valeska Suratt Is A Member Of