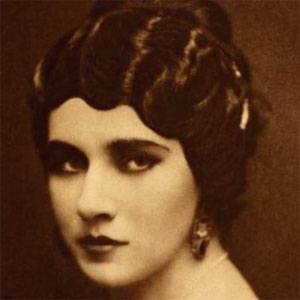 Actress who gained fame for her various femme fatale and vampire roles and appeared in Dr. Jekyll and Mr. Hyde in 1920.

She debuted in the Broadway show'The Passing Show of 1918 as a chorus girl.

She had her first major success in the 1922 film Blood and Sand with the screen idol Rudolph Valentino.

She married J. Searle Barclay in 1929 in France.

She starred in What Price Beauty? with Myrna Loy. The film was her first screen appearance.

Nita Naldi Is A Member Of