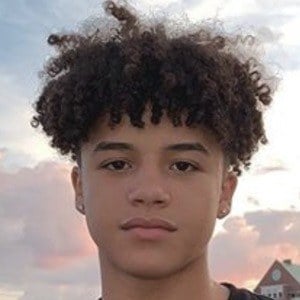 Social star who is best known for the dance and lip-sync videos he posts to his vallykpena TikTok account, which has earned over 2 million fans. He often collaborates with friends and primarily uses rap songs in his videos.

He first became active on social media in 2019, but began to see his following grow by mid-2020.

He has over 700,000 followers on his vallykpena Instagram account, where he primarily posts a range of selfies and other pictures of himself.

He is from Paterson, New Jersey. He's of Dominican descent. He has a brother and a sister; his sister Jasline has a popular TikTok account at jaslinepena.

He has been friends with DerekTrendz and the two have frequently collaborated.

Vallyk Is A Member Of