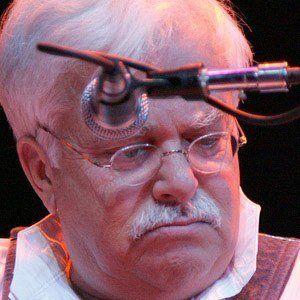 Musician who collaborated with Brian Wilson and the Beach Boys on the unfinished Smile project.

He starred alongside Grace Kelly as a child actor in The Swan from 1956.

He helped re-energize Frank Sinatra's career in the mid-sixties when he pitched his brother's song Somethin' Stupid to the crooner, which would become Sinatra's first million-selling single.

Van Dyke Parks Is A Member Of