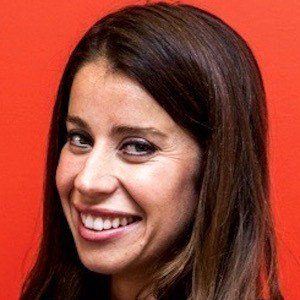 Entrepreneur known for founding a networking site for finance professionals called The City Street. She appeared on BBC One's The Apprentice in 2015, finishing in second place.

She was working in finance in London before deciding to foray into networking.

After being eliminated from The Apprentice, she started a line of flavored wines. She speaks five languages.

She was born to a Colombian mother and Greek father in Manhattan.

Joseph Valente wound up winning Vana's season of The Apprentice.

Vana Koutsomitis Is A Member Of