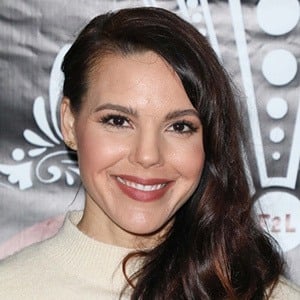 TikTok star and actress who is best recognized for performing comedy skits and sketches through the app. Often inspired by other films and their characters, she shares her carefully curated and produced content through the app for her over 500,000 followers.

She first started posting through TikTok in February of 2019. She started going viral the week after when a comedy video of her stealing a muffin earned over 75 thousand likes.

She is also known for her vegan diet and often shares content related to it.

She was born and raised in Los Angeles and shared a photo with her husband to Instagram in December of 2017.

She shared a photo from the Broken Memories premiere alongside director Ron Howard to her Instagram in November of 2017.

Vanessa Esperanza Is A Member Of