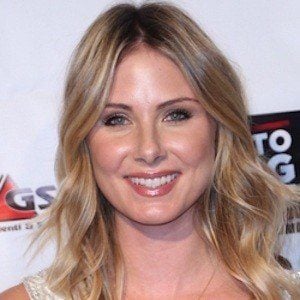 Actress who first became well known for starring as Jenny Clemens in the critically acclaimed drama Against the Grain with Ben Affleck. She then went on to earn notable roles in the UPN sitcom Social Studies and the CBS soap opera The Young and the Restless.

She got her start in acting at only eight years old in My Two Dads with her father, Greg Evigan. She knew, from that point forward, she wanted to be an actress.

Beginning in 2001, she became a member of the vocal group Nuance which made an appearance in the video game Unison: Rebels of Rhythm & Dance.

She is the older sister of film actress Briana Evigan and After Midnight Project's Jason Evigan.

Vanessa Evigan Is A Member Of