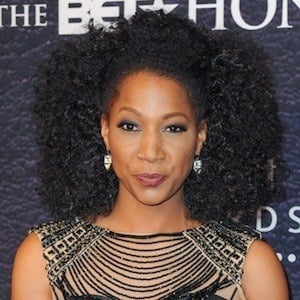 Writer, comedian, and actress who has made her career writing for The Mo'Nique Show and 106 & Park Top 10 Live. She also joined the cast of Mann and Wife in 2017 and appeared in 2004's Barbershop 2: Back in Business.

She first emerged onto the comedy scene in 2001 when she began performing standup.

She was a featured performer at the Just For Laughs Comedy Festival in Montreal and was a finalist in NBC's Standup for Diversity Showcase.

Originally from Chicago, Illinois, she would later settle in Atlanta, Georgia.

She first appeared doing standup on The Mo'Nique Show and would join Mo'Nique in the show's writer's room in 2010.

Vanessa Fraction Is A Member Of