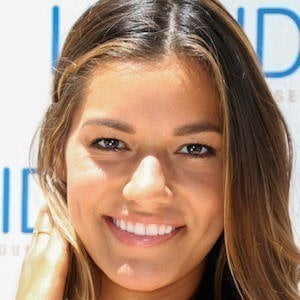 Ford model and UFC ring girl known for her appearances in magazines like GQ, Maxim, and Cosmopolitan. She's worked for brands like Sketchers, TJ Maxx, and Joico, amongst a substantial list of others.

She was scouted by a modeling agency in college. Not long after she won a contest at a US Open surf competition to become a UFC Octagon girl.

She is of Mexican, German, and Norwegian descent. She has an older sister named Erica.

She is a renowned UFC Octagon girl like Brittney Palmer and Jamillette Gaxiola.

Vanessa Hanson Is A Member Of