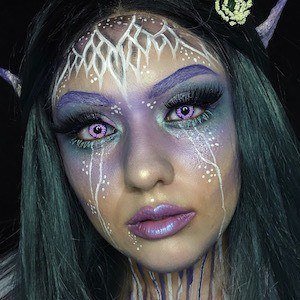 Makeup artist who has found a sizable following on Instagram through her detailed, often horror-themed makeup posts. To date, her account has attracted more than 70,000 followers.

She developed her makeup techniques on her own. She started posting to Instagram in July 2012.

She began uploading videos to her makeup tutorial YouTube channel, Vannaaaaxo, in July 2016.

She has stated that she is a fan of Alex Faction, another makeup artist who dabbles in horror-themed makeup.

Vannaaaaxo Is A Member Of