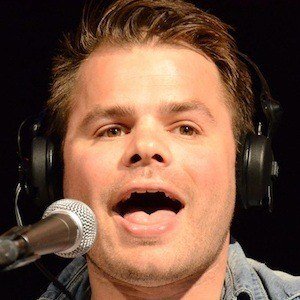 Dutch singer and songwriter known for his top 10 charting albums Take Me In, Hear Me Out, and The Rush of Life. His 2007 album Unwind peaked at number one.

He grew up in a musical family and played in bands throughout school. He attended the Inholland College of Applied Sciences, where he played with a band called Goldfish.

He served as a judge on The Voice of Holland for the first three seasons of the show.

VanVelzen Is A Member Of