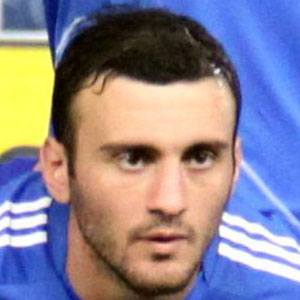 He spent his youth career and early professional career with Skoda Xanthi.

He logged 134 appearances and scored 12 goals with Olympiacos from 2007 until 2013, after which he signed with Roma.

His family was residing in Xanthi when he was born.

He and Georgios Samaras played together for the Greek national team.

Vasilis Torosidis Is A Member Of