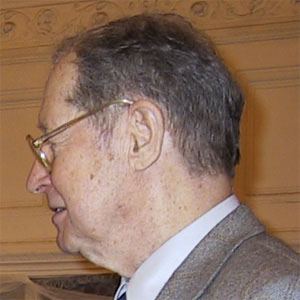 Soviet chess master who was an eight time candidate for World Champion.

He began playing chess at the early age of six and was inspired by Alexander Alekhine's book 'My Best Games of Chess 1908-1923.'

He twice tied for first at the Soviet Championship and his total of 17 Chess Olympiad medals won is an all-time record but due to the outbreak of World War II he never became World Champion.

His father, who worked as an engineering technician and represented the St. Petersburg Technical Institute in intercollegiate chess competitions, was his first chess teacher.

He was a major competitor to Paul Keres.

Vasily Smyslov Is A Member Of