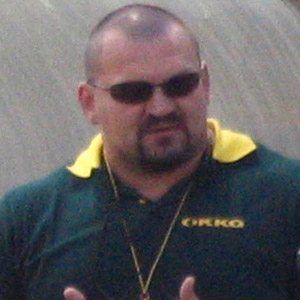 He competed in his first World's Strongest Man competition in 2003 and placed third.

He came in second place behind Zydrunas Savickas for three years in a row at the Arnold Strongman Classic.

His wife tragically died in a skiing accident in 2006.

He and Geoff Capes have both been crowned as the World's Strongest Man.

Vasyl Virastyuk Is A Member Of