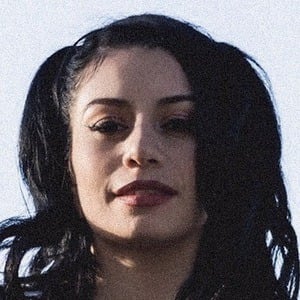 Rapper who gained a substantial social and internet following posting her original music to SoundCloud. She released her debut album Laced with Pearls on Bandcamp in January of 2014.

She is quite popular on Instagram, earning more than 10,000 passionate fans.

She is of Mexican descent.

Both she and Lexii Alijai gained a substantial audience posting their original music to SoundCloud.

Vel the Wonder Is A Member Of