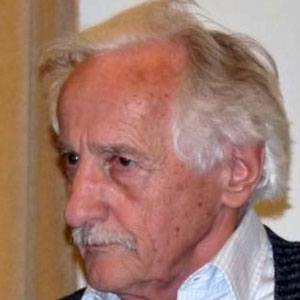 Slovenian modernist poet and author whose best- known works include Lead Stars and The Management of Nails. He is perhaps best known for a 1969 poetry volume entitled Exercises and Tasks.

He studied literature at the University of Ljubljana and co-founded an anti-Communist society of young Slovenian writers and artists.

He was instrumental in establishing the Slovenian Democratic Union, a political party formed in reaction against Communism. Later, he worked for the Slovenian Ministry of Culture.

His father, a left-wing political activist, was murdered by the Nazis during the German Occupation of Yugoslavia. His daughter, Lara Simona Taufer, became a prominent film director.

He and fellow Slovenian author Mira Mihelic were both twentieth-century recipients of the prestigious Preseren Award.

Veno Taufer Is A Member Of