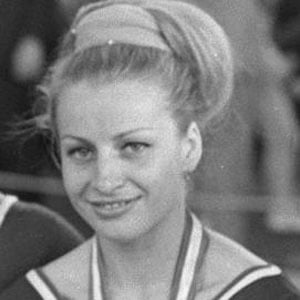 Czech gymnast who was one of only a few gymnasts to have won the all-around gold medal in two straight Olympics.

She started as a figure skater before moving on to gymnastics.

Her record for the most Olympic medals of any gymnast stood for over 40 years.

Vera Caslavska Is A Member Of