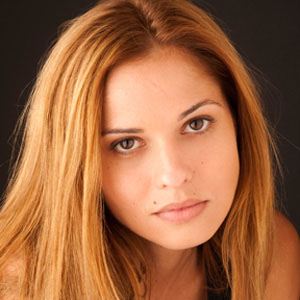 Known for her role as Bianca Pessoa in the Portuguese telenovela Doida Por Ti, she also appeared in such series as Dei-te Quase Tudo, Fascínios, and Deixa Que Te Leve.

She acted in her first television commercial when she was just six years old. She later studied drama at the University of Essex.

She provided Portuguese dubbing for the American animated movie Cars.

She grew up in coastal Portugal as the daughter of a German father and a Portuguese mother.

Vera Kolodzig Is A Member Of