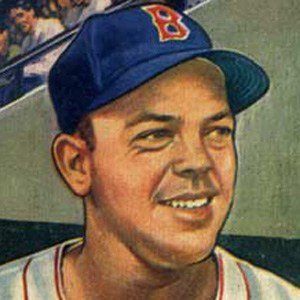 15-year MLB veteran who is widely considered one of the best-hitting shortstops in league history.

He played American Legion ball as a teenager with Hall of Fame pitcher Bob Lemon.

He had three children, Vernon III, Ronald and Wendy with his wife Bernice.

He played with Hall of Fame slugger Ted Williams for five years on the Boston Red Sox.

Vern Stephens Is A Member Of