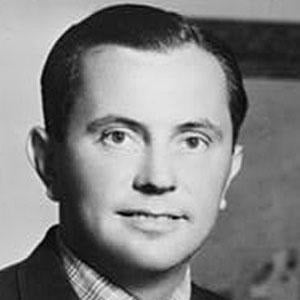 Known for Taking a Chance on Love, Autumn in New York, and April in Paris. He had many notable collaborations.

He studied composition and musical theory at the Kiev Conservatory.

Vernon Duke Is A Member Of