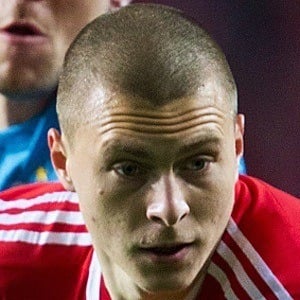 Defender who became a member of Manchester United in 2017. He made his debut with the Swedish international team in March 2016 at UEFA Euro 2016.

He played in numerous Västerås-based clubs like IK Franke, Västerås IK, and Västerås SK when he was growing up.

He won the 2015 UEFA European Under-21 Championship with Sweden.

He was born in Västerås, Sweden. He has been romantically linked to Maja Nilsson.

He became teammates with Paul Pogba on Manchester United.

Victor Lindelöf Is A Member Of