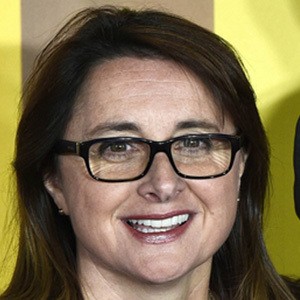 She worked as a visual effects producer on the 1996 short Recon.

She was the recipient of the Visual Effects Society's 2017 Visionary Award.

She grew up in Buenos Aires, Argentina but later moved to Los Angeles. She married actor and designer Imelda Corcoran and they have a daughter named Olivia.

She was an executive producer on 2019's Spider-Man: Far From Home which starred Tom Holland.

Victoria Alonso Is A Member Of