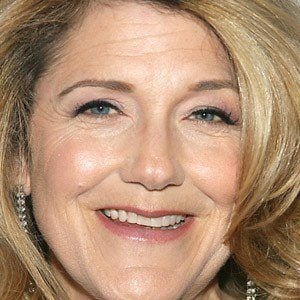 Best known for her Tony-winning performance as Margaret in the 2005 Broadway production of The Light in the Piazza, this stage actress and soprano vocalist also performed in Guys and Dolls, Sunday in the Park with George, Urinetown, and numerous other Broadway musicals and revivals of the 1980s, '90s, and early 2000s.

While a student at Yale University in the late 1970s and early 1980s, she played lead roles in the Gilbert & Sullivan operettas The Pirates of Penzance and Patience. After graduating from Yale, she studied musical theater and opera directing at New York University.

She was nominated for a Tony Award for her role as Mother Superior in the 2011 Broadway production of Sister Act.

A native of Dallas, Texas, she settled in New York City and raised one son.

She co-starred with Danny Burstein and Mary Louise Parker in a 2013 Manhattan Theatre Club production of playwright Sharr White's The Snow Geese.

Victoria Clark Is A Member Of