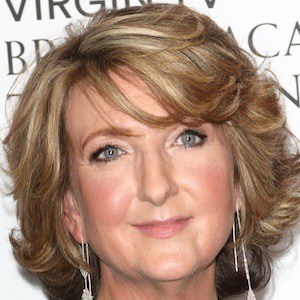 English broadcast journalist known for being a presenter on BBC Radio 5 Live and the BBC News Channel. She has won several awards including the Nick Clarke Award in 2009, and two Sony Academy Awards. She was cast in season 20 of the series I'm a Celebrity...Get Me Out of Here.

She was the Sony Academy's Speech Broadcaster of the Year in 2012, after winning their Best News & Current Affairs Programme Award the year before.

She had two sons with her husband, Mark.

She beat out journalist Jeremy Vine for Broadcaster of the Year.

Victoria Derbyshire Is A Member Of