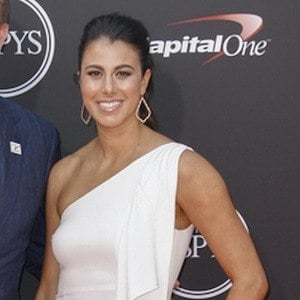 Famous as the wife of NFL quarterback Nick Foles. She shares one daughter with him named Lily.

She graduated from the University of Arizona, where she played on the volleyball team as a setter.

She underwent a long battle with Lyme disease and Postural Orthostatis Tachycardia Syndrome. She attended Super Bowl LII, where she saw her husband win Super Bowl MVP as the quarterback for the Philadelphia Eagles.

She married her husband in 2014. She has two brothers named Evan and Ryan.

Tori Moore Is A Member Of