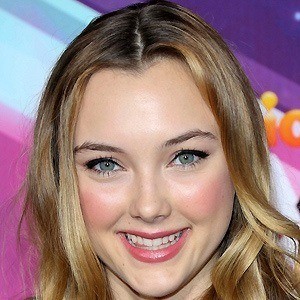 Television actress who played Teri on the series Marvin Marvin, as well as Julie in five episodes of Supah Ninjas from 2011 to 2012.

She began her career by appearing in such short films as Magellan and Magic in the Forest.

She had a small role in the 2009 film Zombieland.

She was born and raised in Los Angeles, California and attended USC. She has a brother.

She became romantically involved with her one-time co-star Lucas Cruikshank.

Victory Van Tuyl Is A Member Of