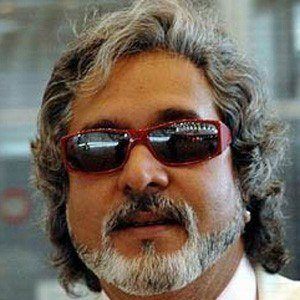 Indian politician who began his second term as a member of parliament in 2010. He is an independent candidate from the state Karnataka, where he was raised.

He earned a degree in commerce from St. Xavier's College, Kolkata.

He also serves as the chairman of United Breweries Group.

He has a son, Siddharth, with wife Rekha Mallya.

He is a member of India's Parliament, which was the case for late politician Ratnappa Kumbhar.

Vijay Mallya Is A Member Of