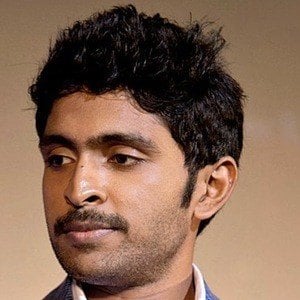 Award-winning Tamil actor who's a member of the Ganesan family, who are fixtures in Indian cinema. He's known for his roles Bomman in Kumki and Arun in Idhu Enna Maayam.

After studying business in San Diego, California, he spent time working in production. He made his film debut in 2012.

For Kumki, his debut film, he had to spent time at an elephant training camp in order to prepare for the role.

He's the son of Prabhu Ganesan and the grandson of Sivaji Ganesan. He married Lakshmi Ujjaini in 2007.

He starred alongside Sathyaraj in Sigaram Thodu.

Vikram Prabhu Is A Member Of