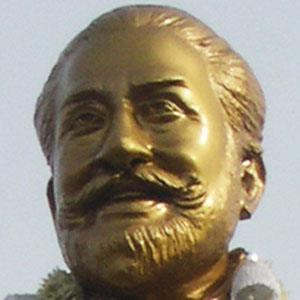 One of India's most respected film actors, he is often referred to as The Marlon Brando of Indian Cinema. He is known for his award-winning roles in films like Gnana Oli and Muthal Mariyathai.

He began acting without his parents' permission in a touring theatre company at the age of 7.

He was so respected in the Tamil community that he was bestowed with the nickname "Nadigar Thillagam", meaning "The Pride of Actors".

His son Vikram Prabhu is also a well-known Tamil actor.

He and Manna Dey were both recipients of the Dadasaheb Phalke Award, given by the Indian government in recognition of their contributions to cinema.

Sivaji Ganesan Is A Member Of