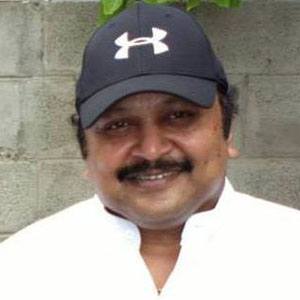 Though he also appeared in numerous other Tamil films, this Indian actor is perhaps best known for his Tamil Nadu State Film Award-winning performance as Chinna Thambi in the 1991 film of the same name.

He made his screen debut in a 1982 film titled Sangili.

He appeared with Rajinikanth in the popular 1988 movie Guru Sishyan.

His father, Sivaji Ganesan, was a successful stage and screen actor, and his son (with his wife Punitha), Vikram Prabhu, also pursued a screen acting career.

He was briefly married to the award-winning film actress known as Kushboo (Nakhat Khan).

Prabhu Ganesan Is A Member Of