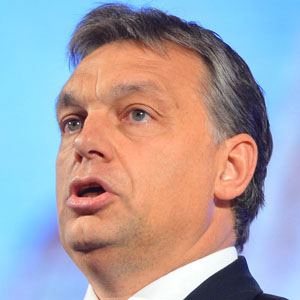 He received his law degree from Budapest's Eotvos Lorand University.

When he was elected to the premiership for the first time in 1998 he was only 35, making him the second youngest Prime Minister in Hungarian history.

He and his wife, Aniko Levai, had five children.

He was serving as Prime Minister of Hungary when Janos Ader became Hungarian President in 2012.

Viktor Orban Is A Member Of