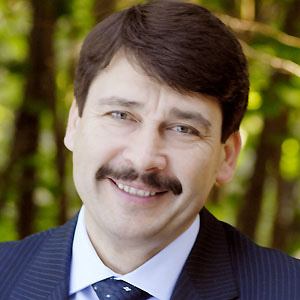 Hungarian lawyer who became the President of Hungary in May 2012. He previously served as Speaker of the National Assembly of Hungary from 1998 to 2002.

He was elected a deputy chairman of the Committee on the Environment, Public Health and Food Safety on 23 January 2012.

He married Anita Herczegh and has had three daughters and a son.

He was with Barack Obama and Michelle Obama in New York at the UN's 67th General Assembly in 2012.

Janos Ader Is A Member Of