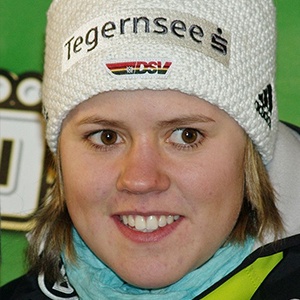 German skier who is known for her alpine racing. She is an Olympic athlete known for competing in the giant slalom run. She shares a variety of her skiing photos in addition to landscape shots with her over 70,000 Instagram followers.

She first began competing in giant slalom events in 2007 at the age of 17. She went on to win her first Junior World Championship in 2008 at the Formigal Super-G event. She then went on to compete in her first Olympic games in 2010.

She won an Olympic gold medal in the Giant Slalom event in 2010 at the Vancouver Winter Olympics.

She was born and raised in Tegernsee, Bavaria in West Germany.

Viktoria Rebensburg Is A Member Of