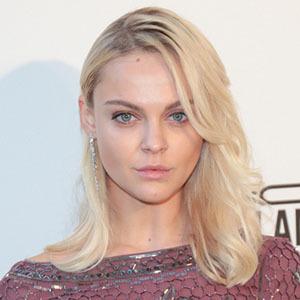 Ukrainian model who was signed at 17, and is represented by Women Management.  She debuted in 2006, walking in an Issey Miyake show in Paris, and has since walked for dozens of powerhouses like Versace, Marc Jacobs, Oscar de le Renta and Dolce & Gabbana.

She initially wanted to be a graphic designer and spent several years in art school. She was discovered when she accompanied her friend to a casting call for support.

She has appeared on the cover of international magazines like Elle, Marie Claire, and Vogue Italia.

On July 12, 2018, she posted a photo to Instagram of her and her mother sunbathing. The caption read "#Summertime #Mom #HappyPlace".

In 2018 she was in a Prada campaign with Toni Garrn.

Viktoriya Sasonkina Is A Member Of