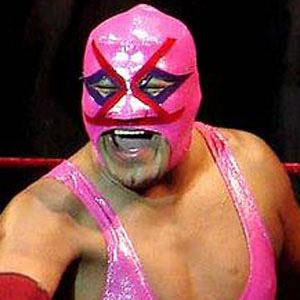 He made his professional wrestling debut under the name Rokambole in 1976.

He was finally unmasked in March 2009, after which he became known as Ray Mendoza, Jr., after his father.

His father Ray Mendoza was a Mexican luchador.

He and Rey Mysterio Jr. both wrestled using the Mexican luchador gimmick.

Villano V Is A Member Of