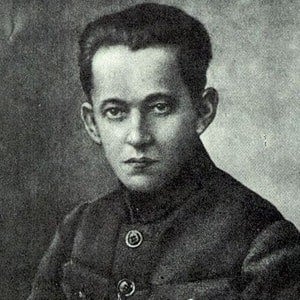 Lithuanian poet, novelist, playwright, and political figure of the 20th Century. His notable works include Folk Songs of the Dainava Region, The Death of King Mindaugas, and He-Witch.

He was expelled from the Vilnius Seminary, where he was training for the priesthood. He went on to earn a doctorate in philology from the University of Lviv.

He was appointed Prime Minister of Lithuania in 1940, following the Soviet invasion of the country.

He was born into a Lithuanian peasant family. He later moved to the United States, where he taught at the University of Pennsylvania.

He and Czeslaw Milosz were both notable Lithuanian writers.

Vincas Kreve-Mickevicius Is A Member Of