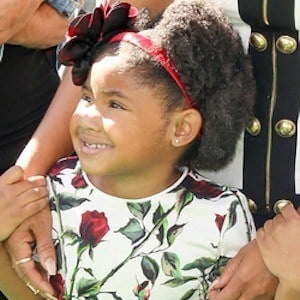 Daughter of famed singer and actress Christina Milian and producer and rapper The-Dream.

Her mother and father separated officially in October of 2011 when she was one year old.

She spends most of her time with her mother. She has three half siblings from her fathers first marriage.

Her mother Christina Milian has called Violet "forever (my) angel."

Violet Nash Is A Member Of