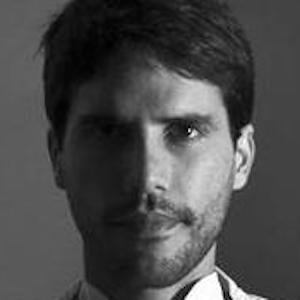 Chef and restaurateur known for applying modern cooking techniques to traditional, indigenous Peruvian recipes and ingredients. He is the chef and owner of Central Restaurante, his flagship restaurant in Lima, Peru. In 2014 British magazine Restaurant named it the best restaurant in Latin America.

He was certified at hospitality education institute Le Cordon Bleu in Ottawa and London.

He is known for his use of unique ingredients - in 2013, he established Mater Iniciativa, a group of professionals who travel across Peru in search of rare and uncommon ingredients.

He's the son of a lawyer, Raul, and an architect, Blanca. His sister Malena runs Mater Iniciativa, the research section of the restaurant. He married chef Pia Leone in 2013. They have a son, Cristóbal.

Other prominent Peruvian chefs include Ciro Watanabe and Gaston Acurio.

Virgilio Martínez Is A Member Of