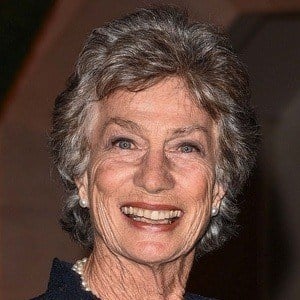 She graduated with a degree in Mathematics and Physics from the University of Sussex.

She reached her highest world ranking at #2 in November 1975.  In 2017, Jo Konta became the first British woman to reach a Wimbledon Semi-Finals in the 39 years since Virginia had last done it.

She is the daughter of the former Archdeacon of Durban.

She defeated Chris Evert in the semifinals at the 1977 Wimbledon Championship.

Virginia Wade Is A Member Of