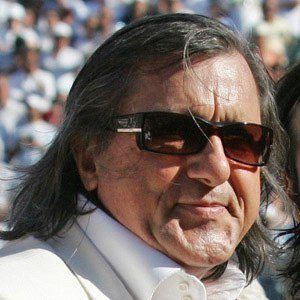 Former World No. 1 Romanian tennis pro who was regarded as one of the greatest players in the 1970s.

He and his friend, Ion Tiriac, competed in tennis around the world in 1966.

He defeated Arthur Ashe in the 1972 US Open.

Ilie Nastase Is A Member Of