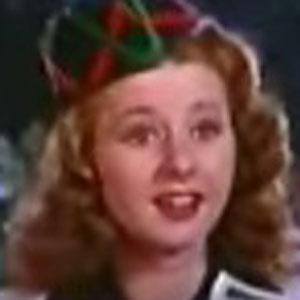 She became known for her childhood roles, and appeared in The Philadelphia Story in 1940 and The Women in 1939.

She made her acting debut when she was only three years old in the 1930 film Moby Dick.

She was labeled as a "Plain-Jane" when actress Shirley Temple made her mark and started appearing in popular films.

She was married to Lionel Krisel from 1947 until her death in 1968, and the couple had two children.

She was once the sister-in-law of famous singer Doris Day.

Virginia Weidler Is A Member Of