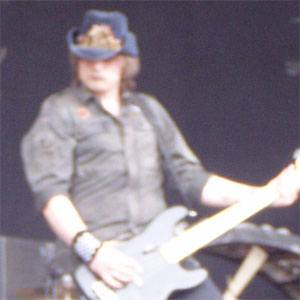 Guitarist and songwriter for the 1980s rock band White Lion.

In 2007 he revealed the cause of his twelve-year music hiatus was his father's long illness.

Stephen Pearcy and Ratt were another well-known 1980s rock group.

Vito Bratta Is A Member Of